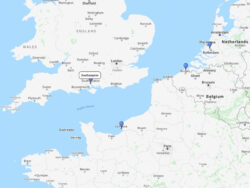 Discover the best of France, Belgium & Netherlands with Queen Mary 2

Cruising aboard Queen Mary 2 fun at sea to an art form. Queen Mary 2 demonstrates a true mastery of the craft with an onboard collage of fun entertainment for you to enjoy.