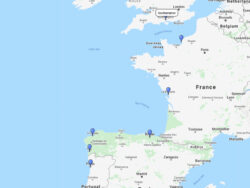 Discover the best of Spain & France with Celebrity Silhouette

Each cruise line has their own unique way to pamper you and indulge your senses. There is always something to do onboard Celebrity Silhouette cruise ship.

Bilbao, Spain tourist information. No trip to Spain is complete without a visit to Bilbao, a city steeped in fascinating history and beautiful architecture. Located in the Basque Country, Bilbao is situated in the north central part of Spain. With so[...]

La Rochelle, France tourist information. Known as La Ville Blanche (the White City), La Rochelle is one of France’s foremost seaports from the 14th to 17th centuries, and is a very pleasant place to visit and to pass a few days[...]